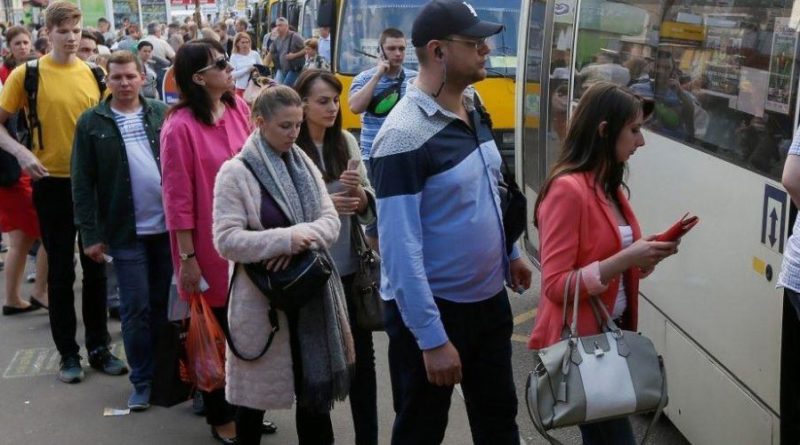 In 2018, foreigners invested only $ 2 billion in Ukraine
This is not the final amount, but the estimates of the investment company Dragon Capital. Officials have not yet released the data. However, even if the amount is higher, it is doubtful that it will exceed last year’s figure. This is 1.3 billion less than in 2016. While in Poland, according to the latest available data, FDI is at least 4 times higher than in Ukraine.

Workers transferred 5.5 times more to Ukraine – $ 11 billion
At the same time, over the last three years, migrant workers have been transferring more money to Ukraine

However, it would be wrong to assume that this money goes through the economy or settles in the gray area. Their recipients, seven migrants, spend this money in shops, invest them in banks, housing them and so on – in short, this money feeds the economy of Ukraine.

In 2019, Ukraine will lead the world in the speed of reducing labor force
The countries most likely to lose the able-bodied population in 2019 will be Ukraine, Bulgaria, Romania, Lithuania, Hungary, Latvia, Moldova, Croatia, Russia and Belarus. 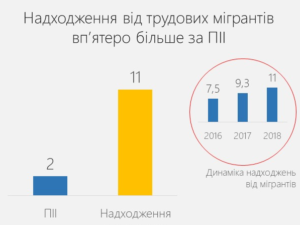 How are the findings? Don’t expect deep or cognitive conclusions that we usually write. The conclusion is one: friends, we are a trinity. If Ukraine cannot stop emigration to other countries, the country will be left without people. Because migration causes not only an economic problem, Ukraine is losing workforce, including the highly skilled; it also creates social problems – emigrants instill disenfranchisement in those who remain; they also encourage them to emigrate. On the eve of the election, each candidate must have a clear answer to the question of how he proposes to return Ukrainians from abroad.

Increasingly, migrant workers from Ukraine are investing money earned abroad in their homeland.

About it reports the edition Financial Times.

To date, the lion’s share of workers goes to work in Poland. It is predominantly residents of the western regions of Ukraine, located around Lviv, where about 1 million people live.

In 2018, employees sent home a record $ 14.4 billion through wire transfers. However, due to distrust of local banks, they are increasingly investing in other assets – mainly real estate.

As a result, multi-storey residential complexes are growing around Lviv, and developers say that migrant workers are one of their biggest clients.

“I bought a brand new apartment last year, paying $ 42,000 in cash,” said 27-year-old Sergei before boarding a bus running from Lviv to Warsaw.

For nearly three years, he made $ 1,500 a month cooking at a Polish restaurant – almost three times what local establishments pay.

In addition to workers from the western part of the country, more and more people from eastern and southern Ukraine go to work abroad.

The head of the Fundacja Nasz Wybor, Warsaw Foundation for Support of Ukrainians in Poland, confirmed this.

“The percentage of those who came here from eastern and southern Ukraine has increased. Previously, they were mostly Western Ukrainians. They usually go back and forth (across the border – ed.),” He said.

On the outskirts of Nikolaev, a city with a population of 14 thousand people in western Ukraine, where generations grew up in traditional one-story buildings, many new luxury objects are being built. Local resident Roman Fedorov estimates that half of them are funded by migrant workers.

“This is Italy … This woman worked in Italy for many years to support her family and then married an Italian, and about five years ago they started to build this house,” he said, pointing to a large villa with columns at the entrance.

And he continued: “This one is being built by a young couple who work in France. And the owners of this house make money in the Czech Republic. Another one there – they worked for years in Russia, but now go to Europe to work to finish the house. the streets are built for money earned in Poland. ”
Almost one fifth of the able-bodied population of Ukraine aged 15-70 years is abroad.

This is stated in the macroeconomic review of the Ministry of Finance.

“A significant factor in increasing imbalances in the labor market is the outflow of labor abroad. Thus, according to the Ministry of Social Policy, there are about 3.2 million labor migrants from Ukraine (data for 2018), which makes up almost 18% of the economically active population in the country. ages 15-70. “